I was asked to make a short film by Tourist County of Viskovo about Halubajski Zvoncari – Halub Bell Ringers from the region of Viskovo – Kastav in Kvarner Bay, Croatia.
This is the story behind the video.

I was following Halub Bell Ringers for years with my camera, including last year’s Carnival in Rijeka video, where they gave special, final appeal to it.

From the start, beside their acustic appeal, I wanted to implement the dynamics into their film. It took me a week of improvisation to establish a satisfactory and portable system that could lead me to victorious shots. I starthing to gather information over the road I will be passing with Zvoncari.

Their walk lasts for three days, they pass approx. 36 km visiting every village. Different to some other groups, Halub Bell Ringers walk no matter the weather – rain, snow, wind.  And weather was tending to be chalenging. Kvarner region is known for challenging weather conditions, especially during winter times when Zvoncari’s route takes place.

My original cinematic setup was consisting fo Canon 7D with several lenses: Sigma 10-20mm f3,5-5,6, Sigma 24-70mm f 2.8, Sigma 30mm f1.4, Canon 50mm f1.4, Canon 85mm f1.8 and Canon 70-200mm f 2.8. As I needed to add something more to it, tripod, bag, enough batteries, CF cards etc, it obviously needed some good and fast optimisation in order to be effective and fruitfull on the road. I was being alone, on foot leaving a car behind each day and just coming back to it afterwards. There were no chance for me to take it all on my back. I would be to slow, too comlicated. I was also going to take GoPro action cam with me, to try to film something new. The third cam was also going to be in my bag, just for safety reasons if something happens to my prime camera.

I knew there would be chance of taking several shots, but only one chance at a time, at each place. I knew they move fastly, so I had little chance being alone to prepare as I should, the speed was important, as well as combinations of filming. So I need to film, than carry overtake them on foot, again catch / overtake them etc. Marina Juric from Tourist Board of Viskovo thought of this short film as a form of a gift to Zvoncari.

At each stop there is a maybe 5-10 minutes after ‘kolo’ is formed which were for fast drinks / meals and than they proceed further. The track goes thru road and woods. The first day was mostly focused on road. I started filming with 7D and slowly added GoPro combining it with external LCD to monotor it’s shots. I was wery pleased with it so my confidence on those images grew over time, I was catching some interesting angles – lower or higher that I usually could with my basic setup.

Second day it took approx. 20 minute walk in the forrest. This was unique location to film them in natural habitat. They are so intensive to see and so unique to film, especially in the woods. They look as they belong there, this being their natural habitat.

Zvoncari are so traditional in their masks that you can’t find anything on them which would insinuate to it’s corellation to modern times. Men have no jewlary, tatoos if any are covered, there are no clocks on the hands. No mobile telephones on them. This kind of things are remarkable to see in this ‘modern’ times. It’s also amazing to see the friendskip, the fellowship surrounding Zvoncari, and honour in the eyes of inhabitants when they visit them.

Reward of zvoncari when 150 of them give a respectfully sounding act with their bells – zvonci in somebody’s private yard, street, willage square is impressive. Their walk and reunion is honouring history, fellowship during the whole year.

Zvoncari are guided ty their commandants – each monitoring it’s part of group. Three times I was in the middle of their ‘kolo’ where I had the opportunity to film their escalation of feeling in formation. The abundance of freed feelings inside the nest is impressive. I liked the devil. In several shots, being on the roof it gave me nice detal during formation of ‘kolo’. Filming inside a nest, it gave me tremendous shots from the top, from the bottom, following their flag, filming estatic commander. I was feeling so proud during those shots. I was showting as much as them 😉

One of the most challenging shots was the one how to catch them all. All 150 of them in a single shot. When they walk one after another, it takes 10-15 minutes for them all to pass by, and other than filming wile forming ‘kolo’, there were no possiblities fo film them in a line of 150 of them.

For first two days forecast was for rain showers. Fortunately, the didn’t happen. Merely few drops, but were not problematic for my equipment. The worst problem was the sky. There were no sky.

My action camera was doing a good job – it took me further like no toher could. I alwasy tend to shoot in no ‘boring’ way, finding new corners, thinking, inventing. The good thing about it was that filmed, filmed and filmed. You have no worry on the camera presets -as you can’t modify them – so you just focus on the shot. Without external LCD I would be shooting in blind. To have it constantly present it was a bless.

Canon 7D shot in technicolor cinemastyle flat profile. This was the way to do especially with a sky that wasn’t there. Post production was intense, merely coloured.

The main audio was recorded on location. It was recorded by Zoom H1 in 24/96. God knows that helped me in post because the same sygnal from H1 that was recorded in 7D was useless. I had the headphones on location just several times. This was no recording studio, it was improvisation of ‘muzikanti’ and it was a battle to catch them as much as I could. Zoom has marvelous sound. But there is one not so good thing about it when shooting in ‘auto’ mode: during high peaks of music, it tends to lower the sygnal level normal. But, afterwards when the sygnal changes or stays low. The automatic sygnal stays still down. You must be carefull on it as it can limit your recording. It happened to me. The manual is always better. Yes, but there are two issues: to have the headphones and to be able to see thr LCD.

I was informed that there is the same issue with Zoom’s H4n. C’mon Zoom, this is no way to do it. In my guerilla installation, it was mounted on top of 7D. It receives nice audio sygnal, but you can’t see it’s LCD without moving from regular recording position which obviously shouldn’t do while recording.

When I recorded authentic music, I was positioned at a range of a half meter up to several meters from musicians. I wasn’t changing my recording position but they intensively moved in rythm so in audio you can hear various instrumental inserts.

It’s shure that we need to monitor our shots being technically inadequate. But considering circumstances, I will always choose the clips in my films taken at right place at right time than worry if somebody would dislike technical aspect. I tend to skip doing it ‘by the book’. 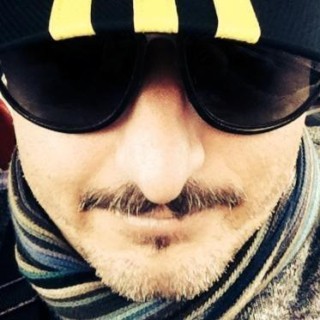 My name is Marin